Presently, Venezuela is going through an unstable economy, but this fact doesn’t change the beauty and rich history possessed by the country. The country makes an ideal traveling destination and surrounded by Nature at each step; Venezuela is a country worth visiting if you are a Nature lover.

Here, we are sharing 10 things you or many other perhaps didn’t know about this beautiful country. Come; let’s explore the beauty and unknown facts about Venezuela.

The country’s name, Venezuela has been derived from an Italian word “veneziola” that means “piccolo Venezia” and on translating it means “Little Venice.” The country got its name by Amerigo Vespucci, an explorer and when he saw native pillar houses constructed on the lake of Maracaibo, it made him remember Venice. Now, you know the idea and origination of the name. 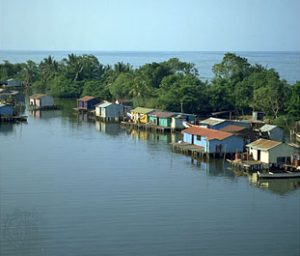 The Lake Maracaibo is connected to the Gulf of Venezuela to the Northern end and is the largest lake in the entire South America and also one of the oldest ones on the planet nearly 20 to 40 million years.

Summer is the season that stays throughout the year because Venezuela as only two weather seasons, the hot and the dry and another is the hot and wet season.

Very few countries in the world are blessed with the diverse colors of Mother Nature and Venezuela is one of them. It has mountains, oceans, rivers, forests, and what not. The country is regarded one of the 17thmegadiverse countries which are containing the majority of the Earth’s species.

Venezuela has the world’s tallest continuous flowing waterfall named as The Angel Falls. It has the height of 3,212 feet and is taller to the Niagara Falls from 15th times.

Highest statue of the Virgin Marie

Venezuela has the monument named Virgen de la Paz en Trujillo which is the world’s highest statue of the Virgin Mary and also the most habitable sculpture in the continent of America. It is only a few inches higher than Christ the Redeemer and the Statue of Liberty.

Cheapest petrol in the world

As the country has the largest proven oil reserves and gets the highest revenue from the oil industry, the government has subsidized the oil industry. This has led the people to enjoy the cheapest petrol rate in the world.

Venezuela has Baseball as its most popular sport, and there is a professional league from the year 1945. The Venezuelans players even have moved to the U.S. to play in the major leagues organized there.

The country is known for its multi-culture and multi-diversity, and it has been developed in years by immigrants moving from different adjacent countries.

These are perhaps 10 least known facts about the country that makes it interesting enough to be traveled.